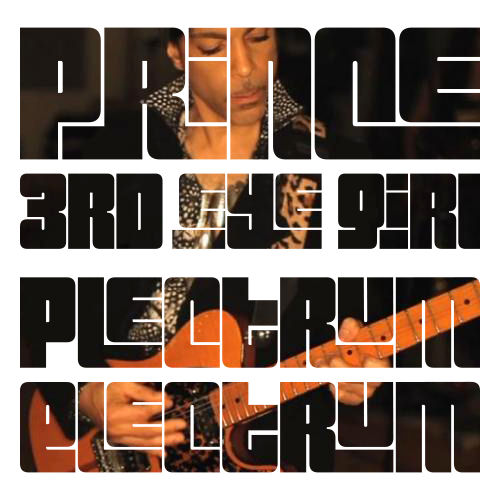 I had a listen to “Plectrum Electrum” this weekend. As previously indicated, this is one of two NEW albums released by Prince. On this particular album Prince, co-pilots the ship with his 3 pieces all- girl backing band “3Rd Eye Girl”. After listening to the solo album “Art Official Age”, I found it to be underwhelming. I find “Plectrum Electrum” to be the complete opposite.
I know this is completely speculative, but I feel as if this THIS is the album Prince always meant to release. His new business relationship with Warner Bros compelled him to give them something marketable in the form of “Art Official Age” while being granted the opportunity to record another album with little to no commercial considerations… (“Plectrum Electrum”).
“Plectrum Electrum” was recorded live and in analog and is devoid of some of the digital gimmicks on “Art Official Age”.
It’s not too hard to imagine that Prince did not care whether “Plectrum Electrum” sells or not considering that he gave away his previous album away for free. Hell, Prince does not even appear on the cover of “Plectrum Electrum”. To the undiscerning music buyer, the album is likely to go unnoticed on the shelf.
“Plectrum Electrum” comes with all the makings of a Rock album, extended electric guitar solos and all. Even though I prefer Prince’s Funk/Soul side, I still choose “Plectrum Electrum” because it’s honest, inspired music. “Art Official Age” comes off as contrived, for reasons already mentioned above.
All things considered, Prince finds himself in a very favourable position in his career. Where his previous relationship with Warner Bros forced him to boldly change his name in protest of what he considered creative limitation. He has now regained control of his masters, publishing rights and is able to give Warner Bros one album to SELL and one album of music HE wants to record. It’s a win win situation. I understand we’re going to have a tour promoted by Live Nation in the near future. Since Big Concerts now serves as Live Nation’s promotional partner in South Africa, I pray that one of the dates will be to the so called “motherland”. 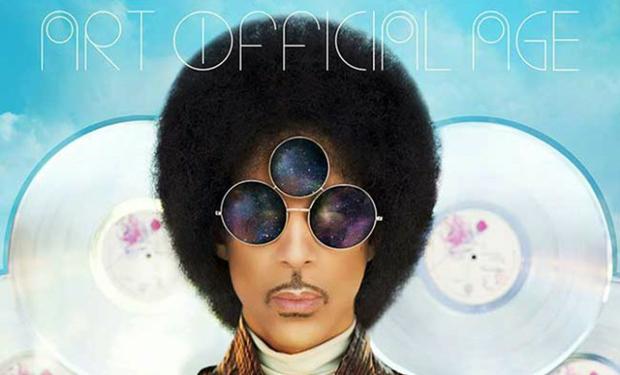 So I finally got my hands on Prince’s two new albums. As you know, Prince released a solo album “Art Official Age”, while the other album, “Plectrum Electrum” is a collaborative effort with his 3 piece all girl band “3RD Eye Girl”.

Shortly after buying “Plectrum Electrum” I forgot it in my woman’s car. Which in hindsight may have been a good thing as it allowed me to spend time (so to speak) with the solo album “Art Official Age”.

I have to be honest, apart from tracks that will be discussed later, I found “Art Official Age” to be lukewarm at best. It’s too safe, in my view. If you listen to 2004’s “Musicology” album, it was radio friendly but nowhere near superficial. Prince, in my view had difficulty striking that balance on this record.

I shall confine myself to the tracks that I did in fact unreservedly enjoy:

“TIME” - An instant stand out for me! It’s a duet with protégé Andy Allo. I knew when I played it multiple times last night that it would be exalted to one of my favourite Prince cuts of all time. I love how those bass slaps are almost imposing themselves on Prince’s vocals towards the end. I’ve said many times that I prefer Prince’s chest voice over his falsetto. He ALWAYS takes it to the church when singing in his chest voice. He sings, rather shamelessly to Andy Allo: “ I’m tired of playing hard to get with an animal half my age.” I told you all Prince and Andy Allo are/were an item, those lyrics are a dead give-away. lol

“THE GOLD STANDARD” – This joint is quintessential Prince! Greasy rhythm guitar and bass licks, complete with catchy horn riffs. It took me back to 1981. I’d love to see him splice his guitar to this one live.

“BREAKFAST CAN WAIT” – The slight similarity in melody between this song and “Clouds” still did not deter me! I love this song. I can’t get over that sweet bass groove.

I can’t wait to listen to the “Plectrum Electrum” album. Will let you have my views on it as well.